Myth: In Fla.’s economy, citrus is second to tourism. Fact: Real estate sales and leasing are far-and-away Fla.’s No. 1 industry. It makes up 16% of the state’s economy ($173B per year), according to an analysis of North American Industry Classification System (NAICS) data.

Myth: In Florida’s economy, citrus is second only to tourism.


Real estate is 16% of Florida’s economy ($173 billion per year), according to an analysis of the U.S. Department of Commerce’s North American Industry Classification System (NAICS) data by Mark R. Howard, executive editor of Florida Trend.

Sixty years ago, a ride to the top of Central Florida’s Citrus Tower in Clermont yielded a view of orange groves as far as the eye could see. Today the same can be said for its view of housing developments and commercial property.

In an editorial, Howard pointed out the changing economic impact of real estate after a recent Washington Post article claimed that citrus was “the state’s second-largest industry behind tourism” – a claim often made in articles covering Florida’s business sectors.

According to Howard, tourism is tough to track. In the NAICS, the closest category to “Tourism” is “Accommodation and Food Services,” but it tracks only what it can see. A restaurant meal, for example, can be considered a tourism expense even if the restaurant is two blocks from your home. Still, even if these numbers include travel, gas and other miscellaneous expenses, tourism still wouldn’t be No. 1.

“The slam-dunk leading economic category in Florida is – no surprise, really – real estate,” Howard writes. “Alone, real estate sales, rentals and leasing account for around $173 billion – more than 16% of the state’s economy. And that doesn’t include the dollars from the related category of ‘Construction’ – another $55 billion. 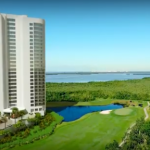 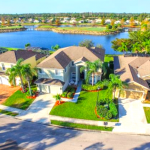