Design Review Board conducted a public information meeting for the Hilton Garden Inn on September 11, 2019


Representatives for Hilton Garden Inn presented their plans for a 115-room, 5-story hotel to be located on the corner of Via Villagio and Sweetwater Ranch Boulevard, just east of the Estero Fire Rescue Coconut Point Station.

A few of the comments from the Board included the fact that the addition of shutters would add to the beauty of the building, there is a lot of asphalt so additional landscaping would be appropriate in the islands, and the applicant will need to replace some of the existing plantings which have died, as well as enhance their proposed landscaping plan.

Public Comment: Frank Moser, representing the adjacent Rapallo community, spoke of his community’s concerns regarding flooding due to the increase in impervious surfaces of the hotel and parking lots.


Council conducted a public hearing to adopt a compliance agreement to resolve an administrative challenge to the Village’s Comprehensive Plan by ARGO Land Development and the Richard I. Templeton Family Trust regarding their Corkscrew Crossing property.

Corkscrew Crossing is a 395-acre property located on the south side of Corkscrew Road, between Wildcat Run and The Preserve.

The change in zoning reduces the amount of homes originally allowed in 2007 by Lee County from 724 residences to 590 residences.  Other changes include changing the residences from multifamily units to primarily single-family units, reducing the height of the buildings to a maximum of two stories, with the clubhouse at three stories.  In addition, the developer will be removing all the exotics on the property, will set aside 225 acres for preservation, which is over 50 percent of the land, and provide a monetary contribution for the purpose of protecting environmentally sensitive land within the Village of Estero.

Public Comment: Six residents spoke regarding their concerns about the wildlife, increase in traffic, elimination of wetlands in a flow way, and proposing that the monetary contribution be used to purchase the Estero River Oaks Park property.


Council approved the lowest millage rate in southwest Florida at their meeting on September 18, 2019

Council approved this resolution, once again reducing the Village’s tax rate.  The new tax rate is 0.7726 mills ($0.7726 per $1,000 of assessed property value) which is the lowest millage rate in southwest Florida.  (Resolution) (Comparative tax rates)

The proposed budgeted expenditures are as follows:

Council approved this resolution authorizing Village Manager Steve Sarkozy to apply for a beautification grant from the Florida Department of Transportation (FDOT).  The Village will submit two grant applications to FDOT to pay for the installation of enhanced landscaping along US-41.  The two separate landscaping projects would include installation of landscaping along roadway shoulders on the northern and southern borders of Estero and installation of trees along the shoulders and median islands. These projects would complement the ongoing US-41 median landscaping project which is expected to start in October.  Funding could be approximately $100,000 per project.

Estero Parkway roadway improvements approved, with street lights to be reviewed in 90 days

Council approved the award of a Request for Bids for Estero Parkway roadway and landscape improvements to Cougar Contracting LLC at a cost of $7,262,000.  This includes a contingency fund in the amount of $727,000 (10% of the total project cost) to cover unforeseen circumstances.  The budget for Estero Parkway is $9,300,000 which would fully fund the total project costs of $8,973,000.

Council voted to defer approving streetlights, asking staff to come back within 90 days with the projected costs, including type of recommended streetlights, installation and associated maintenance fees.

Additional details will be available in the minutes of this meeting.  Residents may also view the archived meeting by going to the Village website http://estero-fl.gov/council/watch-meetings-online/. 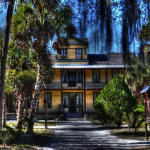